OK, so I’ve been a little behind on writing this time! So here is my first post and I will have to cover three days.

We got out from DC Thursday night (Feb 13) just after the snow storm blew through town. It was pretty bad with anywhere from 9” or more of snow throughout the D.C. metro area. Almost all the flights into or out of Dulles were canceled but we got lucky and our flight still left on time at 11:30 pm that night! The terminal was pretty deserted otherwise as only two of the four runways were in operable condition and most flights had been canceled. So special thanks go to Turkish Airlines for not canceling our flight and to Dulles Airport and their snow crews for managing to clear the runways (by the way, @Dulles_Airport was doing a great job putting out information about the snow removal progress).

So after the somewhat uneventful, if a bit anxiety-inducing, run up to departure we were back on schedule! The first stop was Istanbul Ataturk Airport, where we had a three hour layover waiting for our flight to Vienna Schwechat. 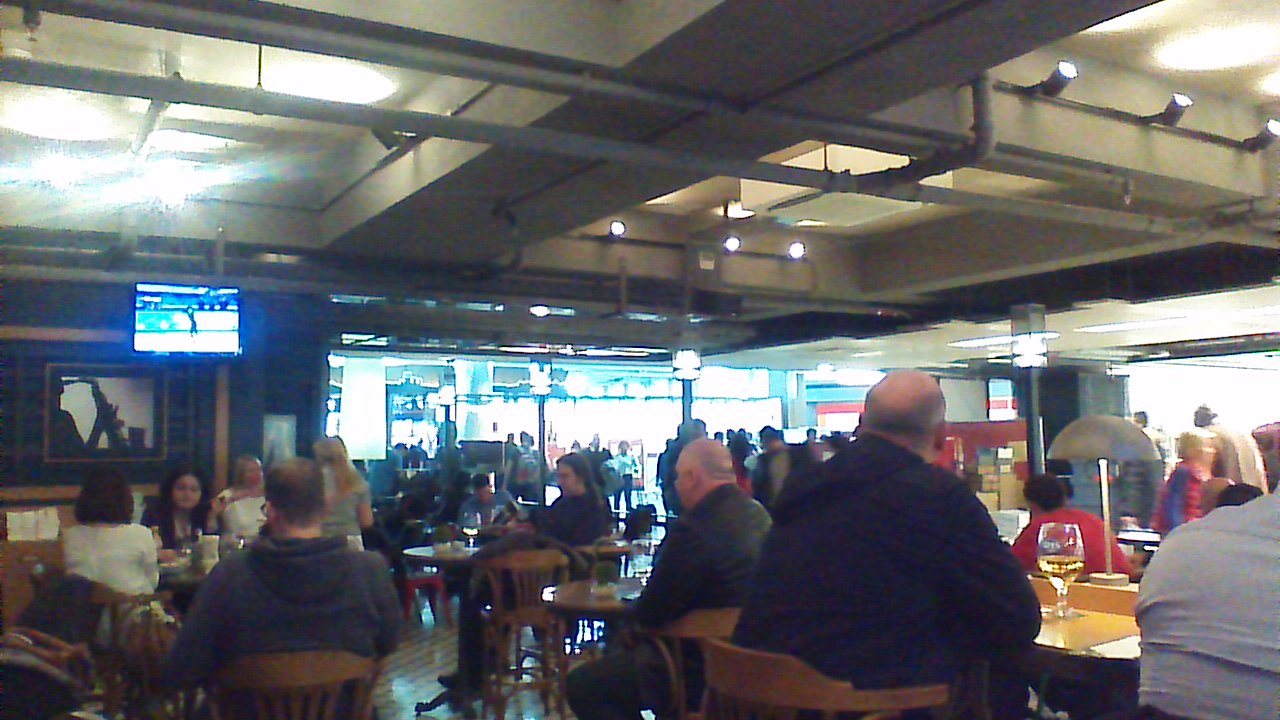 After a short two hour flight we arrived in Vienna at 21:10 local time and took a taxicab to the city center. We got our room keys and I settled in for a long-awaited rest (I was able to sleep a bit on the plane, especially because I brought earplugs and a pillow this time, but nothing beats lying down on a real bed!). Here’s a couple shots of my room! 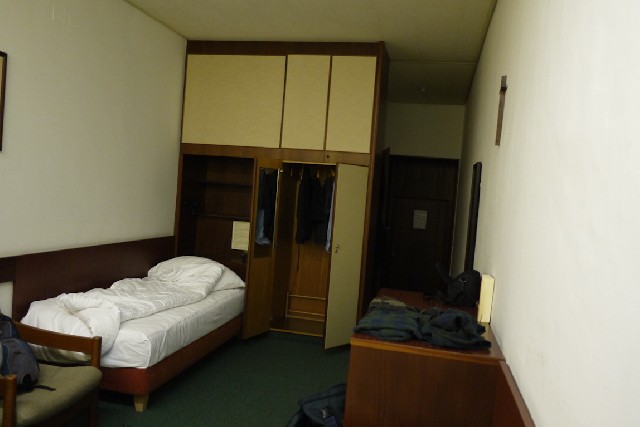 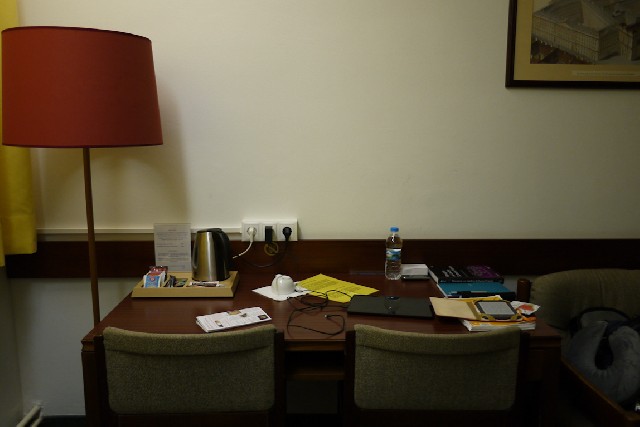 We are staying at the Benedicthaus, the guest house of the Scottish Abbey in Vienna. It is a fantastic location for sight-seeing as it is located in the oldest portion of the city, inside the former city walls that have now been torn down and turned into the Ringstraße, a large boulevard.

With travel and accomodations now handled we decided to use this day to get the lay of the land. We walked south to the Ringstraße near the Vienna State Opera House, and from there walked counter-clockwise around the entire “Ring.” 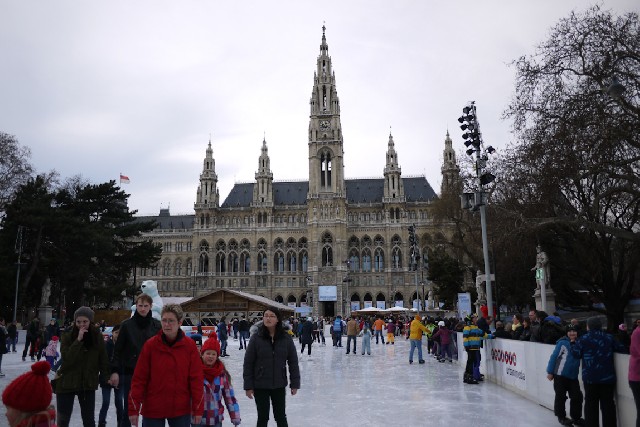 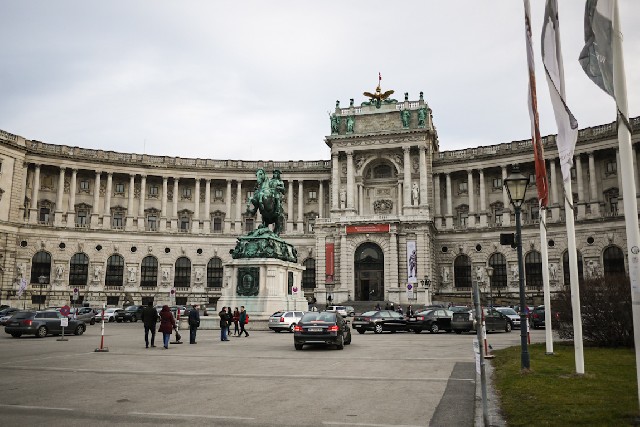 At the end of the day I had taken 26,000 steps according to my Wii Fit Meter. that’s a lot of walking, probably somewhere between 10 and 13 miles! Not bad for one day :-)

On Sunday morning we went to high mass at St. Stephen’s, the cathedral of the city. It was a beautiful service although I couldn’t understand a word except for the Ordinary, which was a classical setting, I think by Haydn, and thus in Latin. Next time I visit a non-English speaking country, I will have to remember to print out the readings, at least, ahead of time.

After mass we went to lunch, and then went over to the Kunsthistoriches Museum, which was really great. I didn’t have my camera with me so there won’t be any pictures for this part.

Only 14,000 steps at the end of the day, although I’m not sure the meter properly tracks intermittent walking like I was doing in the museum, so that might have added a few more uncounted steps to the total.

Today we went out to the Belvedere Palace, which is located 10-15 minutes south of the Opera House on foot. Even in winter, the grounds are still fairly impressive. 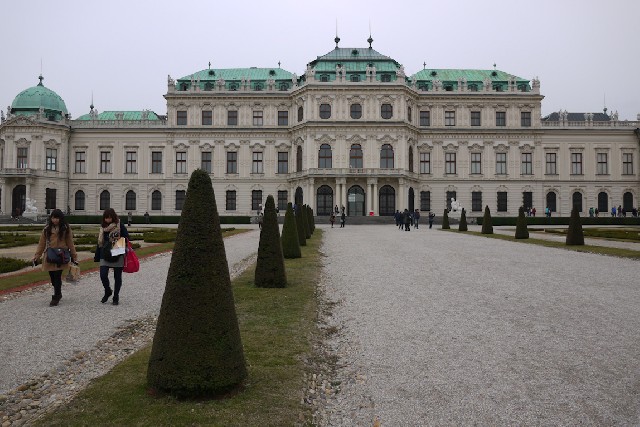 The palace, the former residence of Prince Eugune of Savoy, a famously effective military leader, has now been converted to an art museum. The collection includes Austrian art from the medieval period to the present day. No photos allowed in this museum so if you want to see some examples you can check out the Collections page on their website. The scale of some of the pieces here was enormous (covering a large wall) so a photograph can’t really do it justice. I was also surprised to find Napoleon Crossing the Alps here, but it seems like there were 5 original versions and this is just one of them.

I want to write a short review of all of the places we’ve been, so look for it next time. I got distracted and it’s 00:30 now so no time for that tonight.

I read Graham Greene’s “The Third Man” on the plane ride over. I liked it, but I would like to see the movie now; it is a short novella intended as the basis for a screenplay, and while it still works fine as a book, there are a few set pieces that I expect worked really well in film.

I’m currently about 50% through World of Yesterday, which Lisa recommended to me. So far it has been quite interesting; today in Cafe Central I saw a placard boasting of how the author, Stefan Zweig, would often spend time there!

I think that this time, I am going to compile all the photos at the end of the trip. I don’t have my Mac with me so it would be a bit harder to arrange the albums, and as it turns out I haven’t taken that many pictures yet anyway so I might end up with only one or two albums of photos and the end.