Tuesday Feb. 18 - Shopping and the Opera!

Tuesday we generally wanderered around and looked at the various shops in downtown, etc. One interesting stop was at Julius Meinl am Graben, an upscale supermarket / food market recommended in Rick Steves’ Vienna travel guide.

That night we went to see Manon performed at the Vienna State Opera House! This was a great performance and our seats were pretty good too, although far up so it was hard to see (I meant to bring my binoculars, but left them in Virginia unpacked. Oops!). But the sound quality was still great and each seat has a surtitle display screen that can be customized to different languages, so it was easy to follow along with the words too. 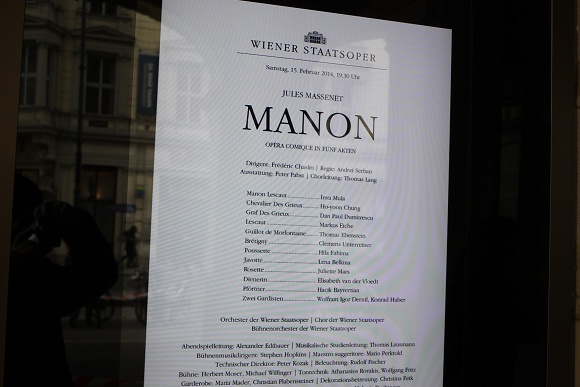 On Wednesday morning we headed out of the inner city to see Schonbrunn Palace. Although part of the palace has been converted to apartments, about 40 rooms are open for tourists. We took the “Grand Tour” which allowed us to see all forty rooms, with included audioguide. The palace grounds themselves are free to visitors, although with the day’s cold climate we wandered around only for a bit.

There was no photography allowed inside so I can’t show you any pictures, but the building is decorated in a magnificent Roccoco style from the time of the Empress Maria Theresia. My favorite part, though, was the blue-ink drawings in a Chinese style decorating the walls of one of the rooms, almost from floor to ceiling. 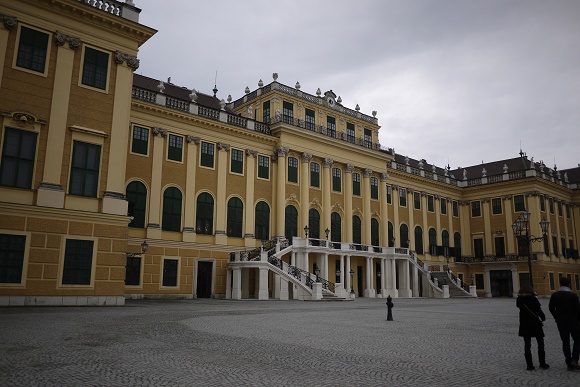 Schonbrunn Palace from the outside

I got a late start today, taking breakfast at 9:00 and not leaving until almost 11:00. Lisa went to do some shopping and visit the Secession building and see the Beethoven frieze, so we split up after breakfast.

Once I got going I walked northeast to see the Danube. After I made it there I walked for a bit along the 12 mile long island (Donauinsel) which is a sort of park. There were a lot of shops and things that would have been open in the summer, but everything was closed for the winter and the park was fairly deserted. There was a good view of the city skyline and I could also see the buildings of “UNO City” which is in Donau city. 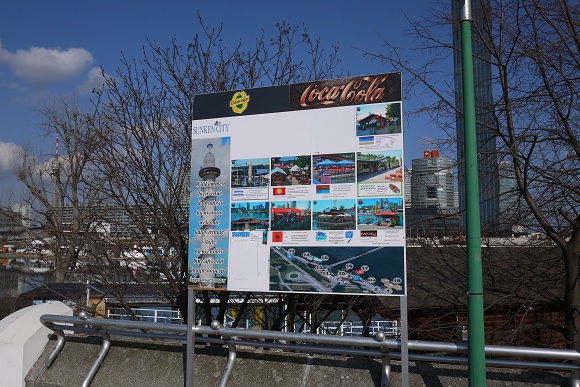 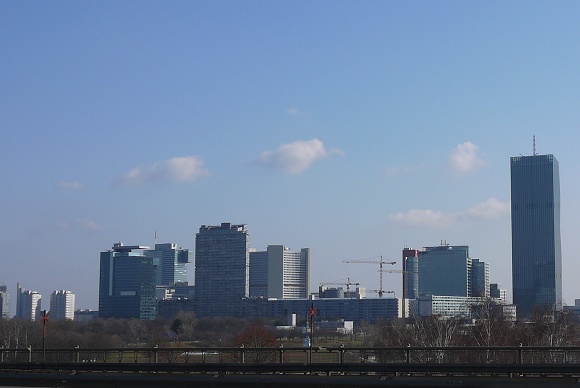 Once I had had my fill of walking I took the U-1 train back to the city center; I still wanted to go to the Neue Berg to see the Ephesus Museum there, which houses a number of sculptures and other artwork and pieces taken from the ruins at Ephesus in Turkey (which I saw last year). The best piece here was the Parthian frieze which is displayed in a pretty big room. The closest comparison piece is the Elgin Marbles from the Parthenon, which is in the British Museum.

We took a taxi from the Benediktushaus at 04:30 so it was an early start today! We made it for our 07:20 flight in plenty of time, and I made it back to my apartment quite a few hours later at 20:00 on Friday night (Eastern time) after about 22 hours of traveling :-) I will plan to compile selected photos into a decent album of the whole trip, so look for that in a few days, I’ll email a link around for those who don’t have Facebook.