We took the fast train (Frecciarossa) from Rome to Naples in the morning, making the journey in 1 hour 10 minutes, and then transferred to the Regionale train which brought us to the modern town of Pompeii. It was then about a mile walk to the Pompeii ruins site (There is a closer train station on a different, private line, but I got confused and used the modern town station of Pompei as our destination via Trenitalia rather than taking the local Circumvesuviana commuter train there). 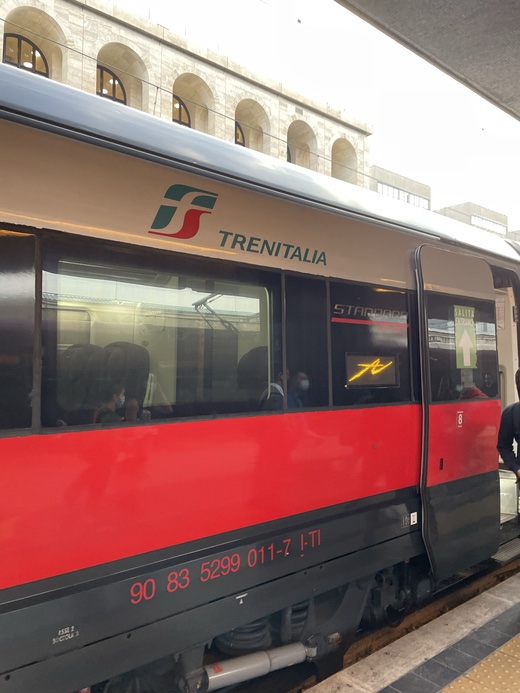 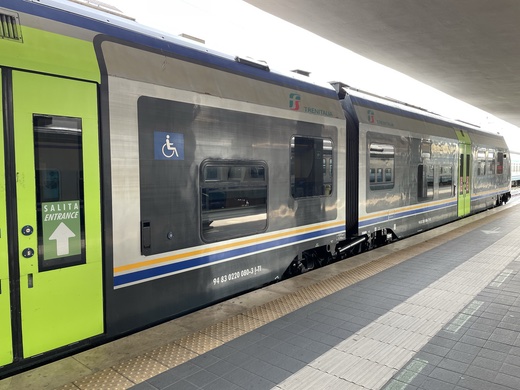 After showing our vaccine cards and purchasing tickets (and a bit of a wander around attempting to find the start of our self-guided audio tour since I had gone in the wrong entrance), we were off to nearly 2000 years ago! 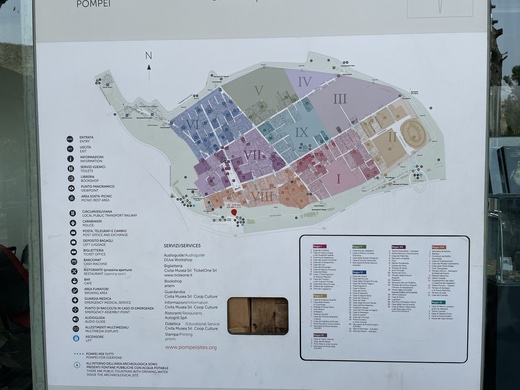 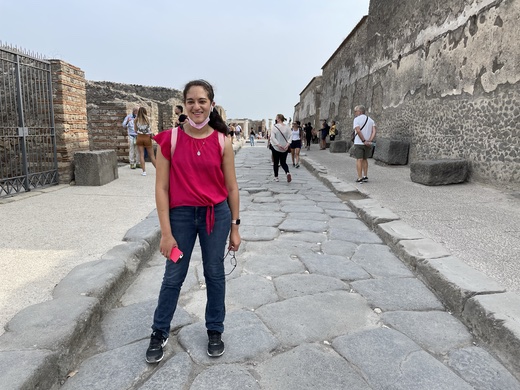 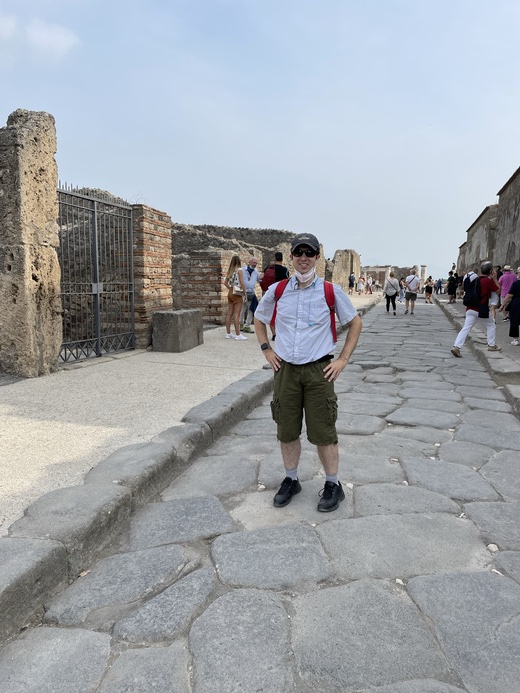 We used a self-guided audio tour from Rick Steves’ Audio Europe, which mostly worked well although there were a few roped-off sections of the site and we had to backtrack or skip a track.

We saw some of the most famous areas, such as the “Cave Canem” floor mosaic and the replica of the Dancing Faun. 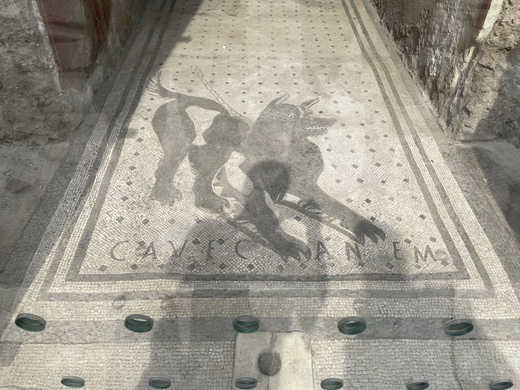 Beware of the dog! 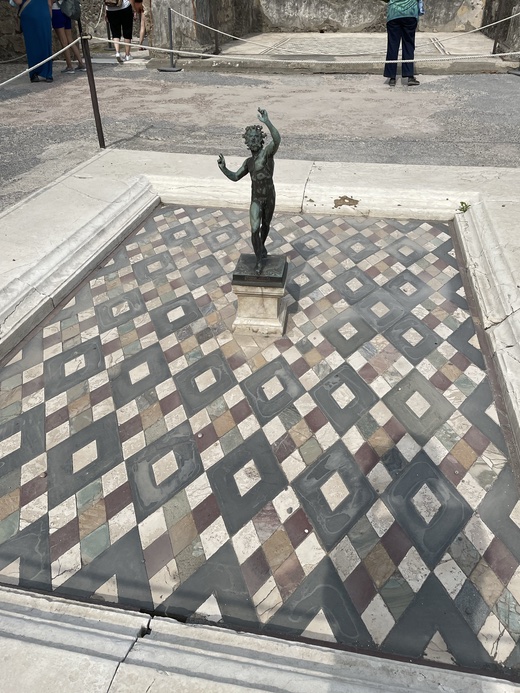 The dancing faun. The real statue is supposed to be in the Naples museum, but it was actually not there when we went there later. 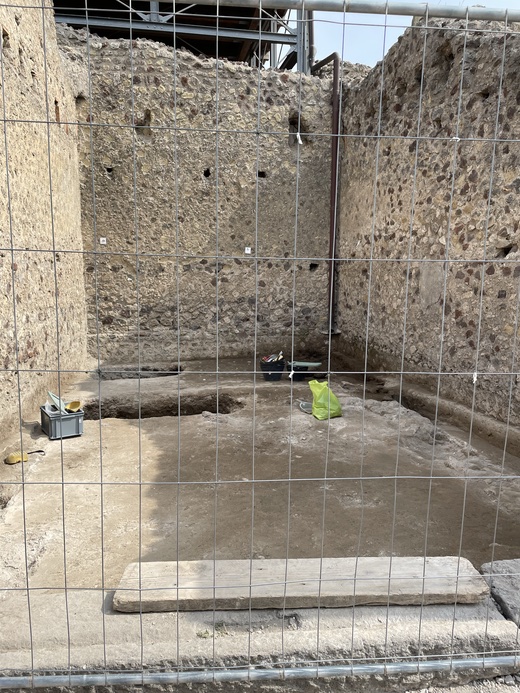 Active archaeological work is still being done in the area and we passed by some of the digs! 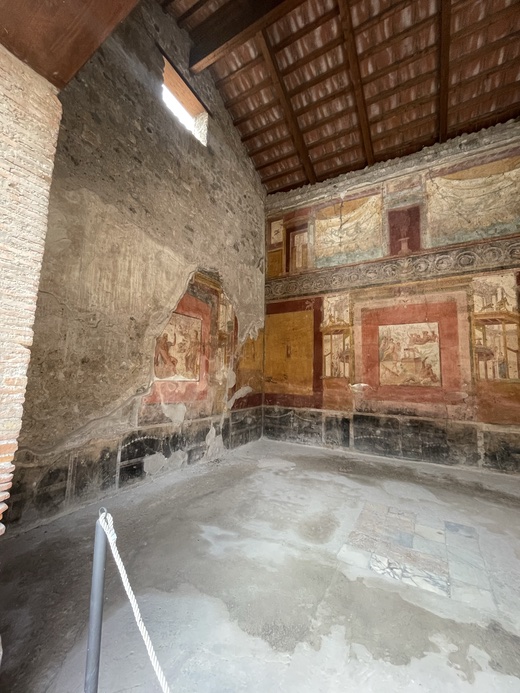 The excavation site is rather massive, so even with some detours off of our tour route there were still some spots I think we missed. It was a city of 20,000 people after all!

After spending several hours at the ruins, we stopped for lunch and then took the Circumvesuviana train back to Naples, transferred to the local Linea 2 train and rode one stop to the Naples Archaeological Museum, where the statutes and many other artifacts excavated from Pompeii are preserved. 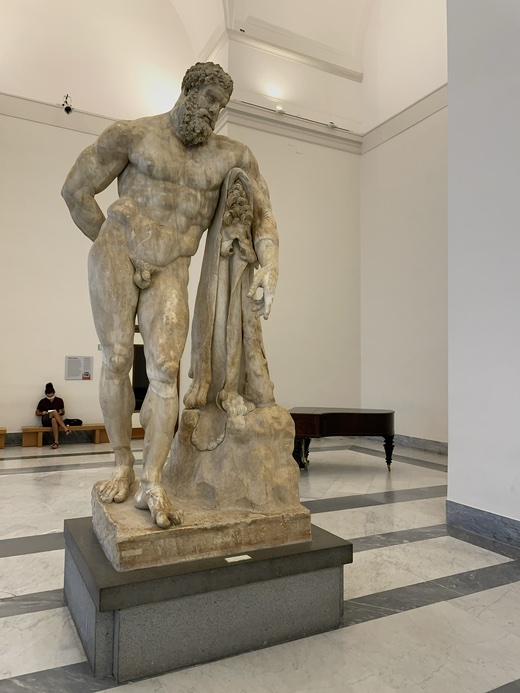 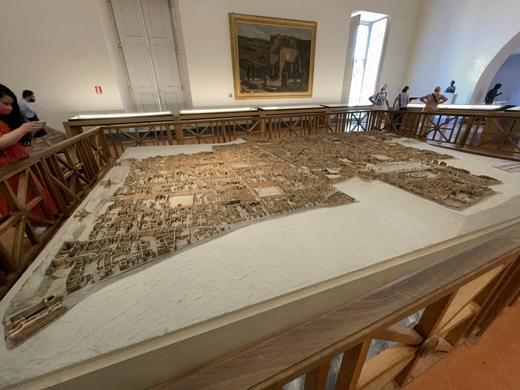 A 1:100 scale map of Pompeii, done in the late 19th century. More has since been uncovered. 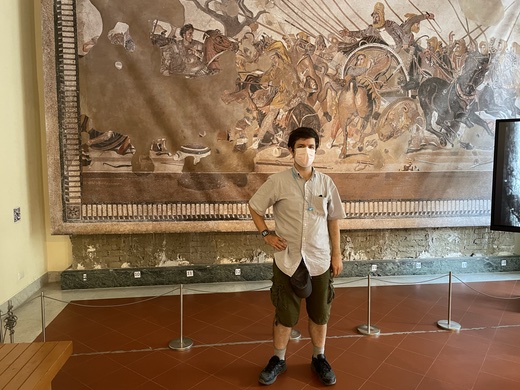 The Alexander Mosaic is covered up with a curtain showing a replica. A copy of the mosaic is installed at Pompeii in the original location, but I didn’t take a picture here.

We now departed for the next stop of our trip, Venice! This time we took the Italo high-speed train on a longer 4-hour journey. 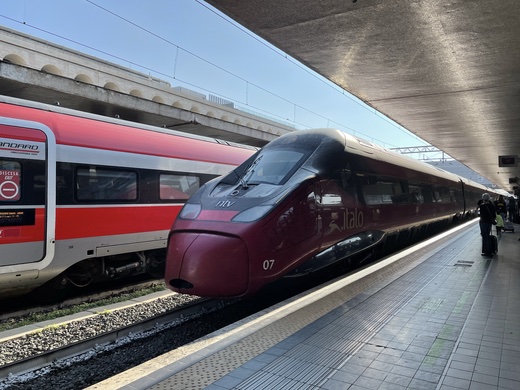 After an uneventful journey (the train worked great, sadly the onboard wi-fi did not), we arrived at Venezia Santa Lucia train station and transferred to the Vapporetto, the Venetian “water bus”, to get to our new lodgings. After checking in, we wandered around the city on our own to get our bearings, and then called it a night after a late Italian dinner. 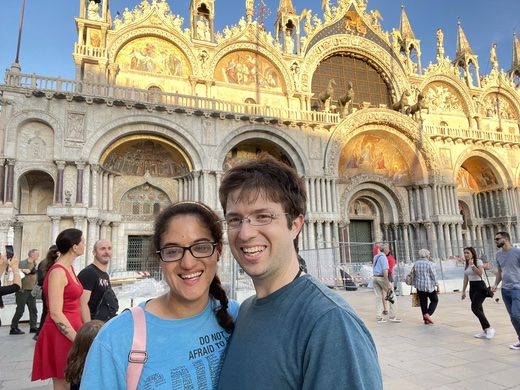 In front of San Marco cathedral