We got a bit of a late start today, with our first scheduled event being a 2:30 p.m. entrance to the Vatican Museums (with a museum tour group, as all the individual entry tickets had sold out). It gave me time to organize photos and write the previous blog entry!

We then headed over to the museum area via the Cipro Metro station, and stopped to eat lunch before waiting fifteen minutes outside the gates of the museum for our entrance time. The crowd we did see outside was not that numerous, perhaps due to a combination of the afternoon time and COVID-19.

Inside, we showed our CDC vaccine cards as a substitute for the EU “Green Pass”, and traded in our online reservations for paper tickets and an earpiece speaker that the tour guide used to speak to us without shouting. After a quick explanation of the artistry of the Sistine Chapel (where the guides are not allowed to speak), we proceeded to a rapid march through the halls of the museum.

There were too many things to list here (and there is no photography in the Sistine Chapel), but a few striking items: 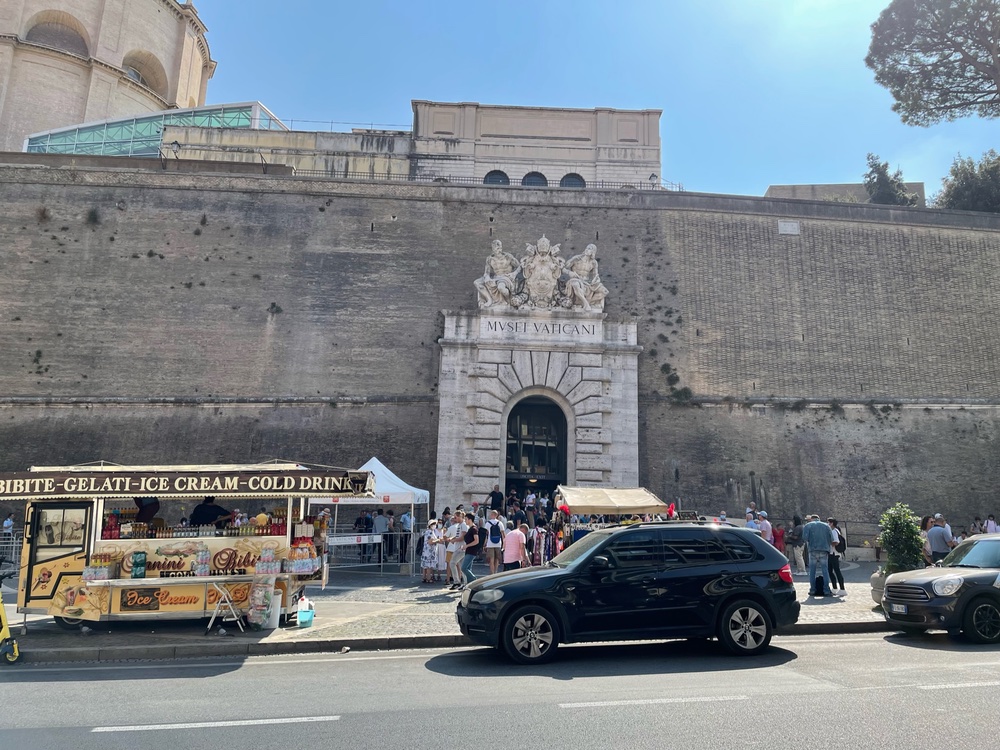 The imposing gates of the museum are placed within the Leonine Wall of the Vatican. 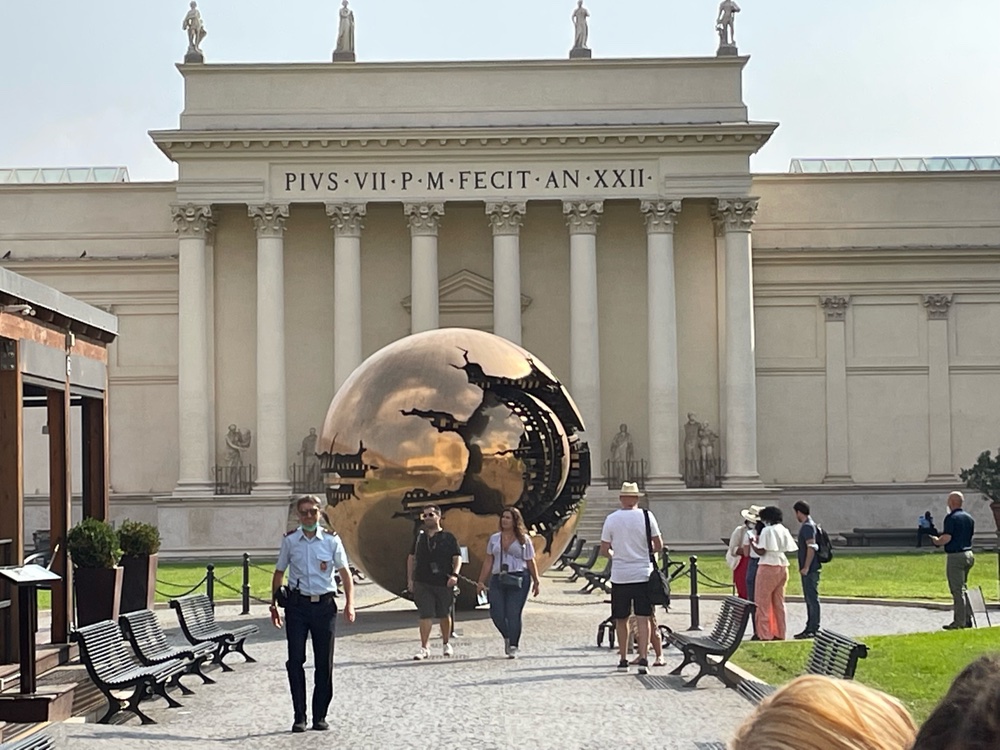 This spherical sculpture is the same size as the globe mounted on top of the St. Peter’s Basilica dome. It looks a lot bigger close up! 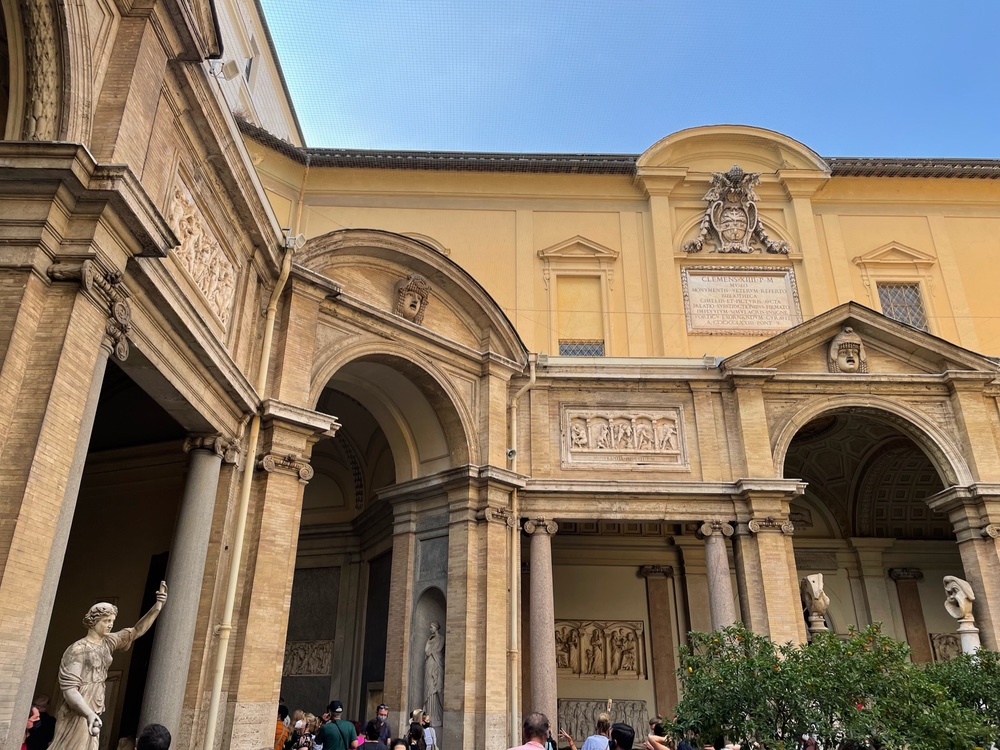 Inscriptions throughout the museum mentioned which Pope - P.M. or Pontifex Maximus (supreme pontiff) had built or restored the hall. The museum had gradually increased its size since the time of the 16th century. 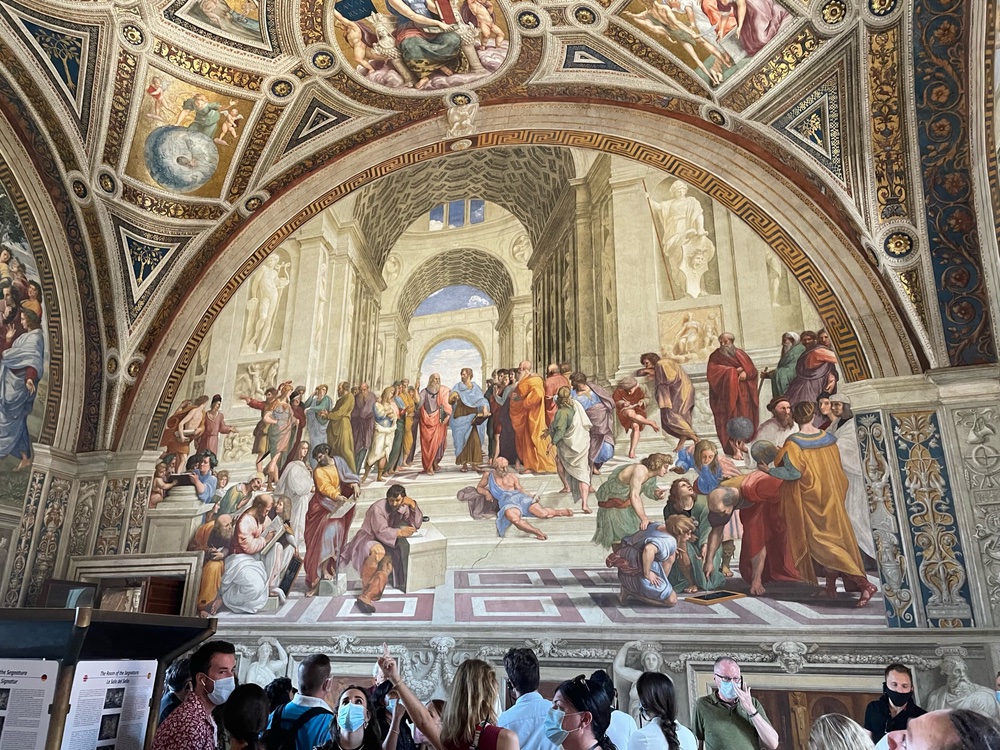 Raphael’s famous School of Athens. The guide explained to us how Raphael had added Michaelangelo in at the end, realizing his rivalry had to give way to appreciation of the work on the chapel. 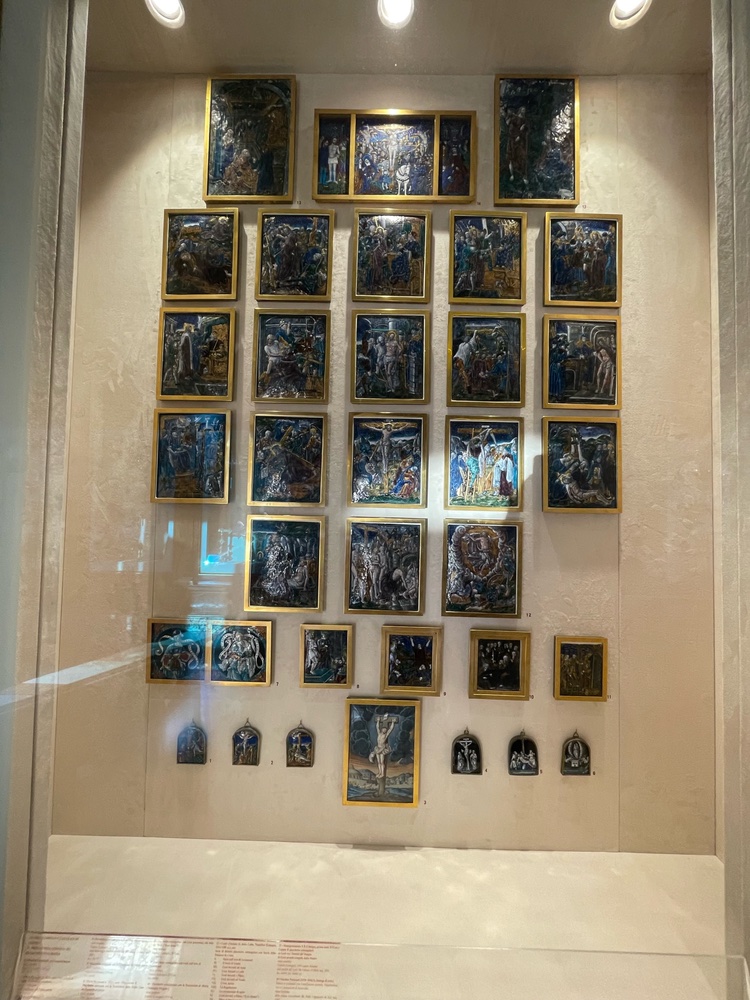 This collection of images of the Stations of the Cross, in blue which was an expensive color at the time and still striking today.

Exiting the museums a bit after 5, we then rushed around the outside wall of the Vatican to St. Peter’s Basilica and got in the short line there for entry (in the past, there was access from the Sistine Chapel directly, but it’s closed due to COVID.) The last entry is at 6, but the basilica closes at 7 so there was plenty of time to wander about and appreciate the beauty of the inside. We were already a bit exhausted, so we didn’t attempt the 500+ steps climb to the top of the dome, although it’s supposed to be a great view. 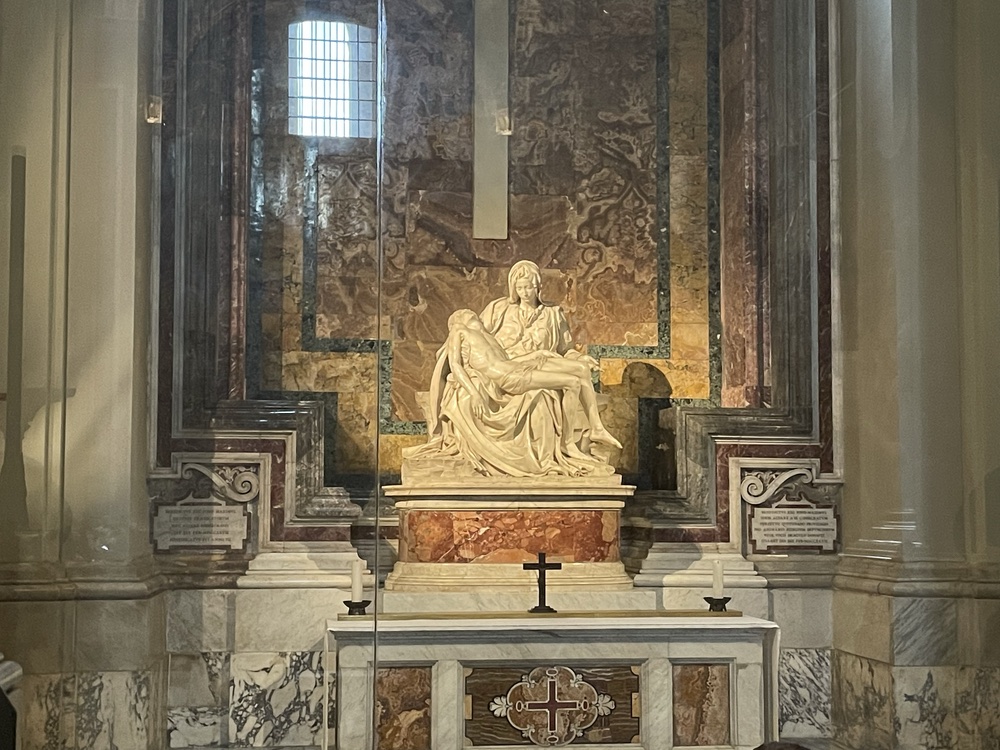 The Pieta is fenced off behind a glass wall for protection. 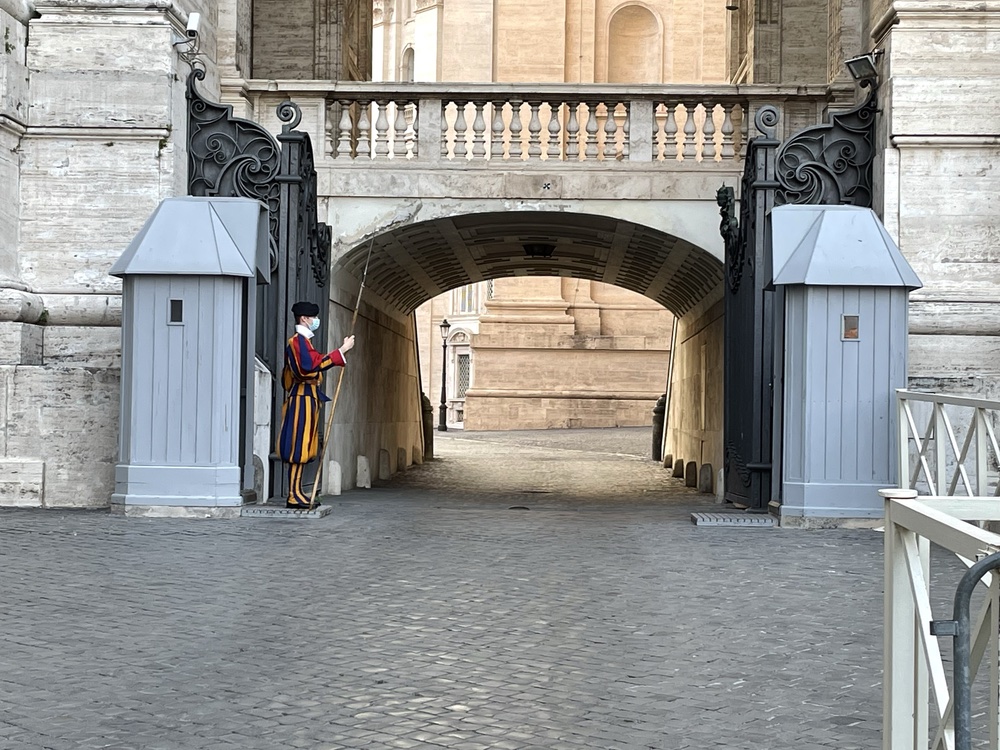 On the way out, we watched the Swiss Guards salute an exiting cleric.

We then wandered down a block or so to Tre Pupazzi, recommended in the Rick Steves guidebook, and enjoyed a delicious dinner before heading back to our lodgings via Metro and bus to get an early night in before an early day tomorrow as we traveled to Naples and Pompeii. 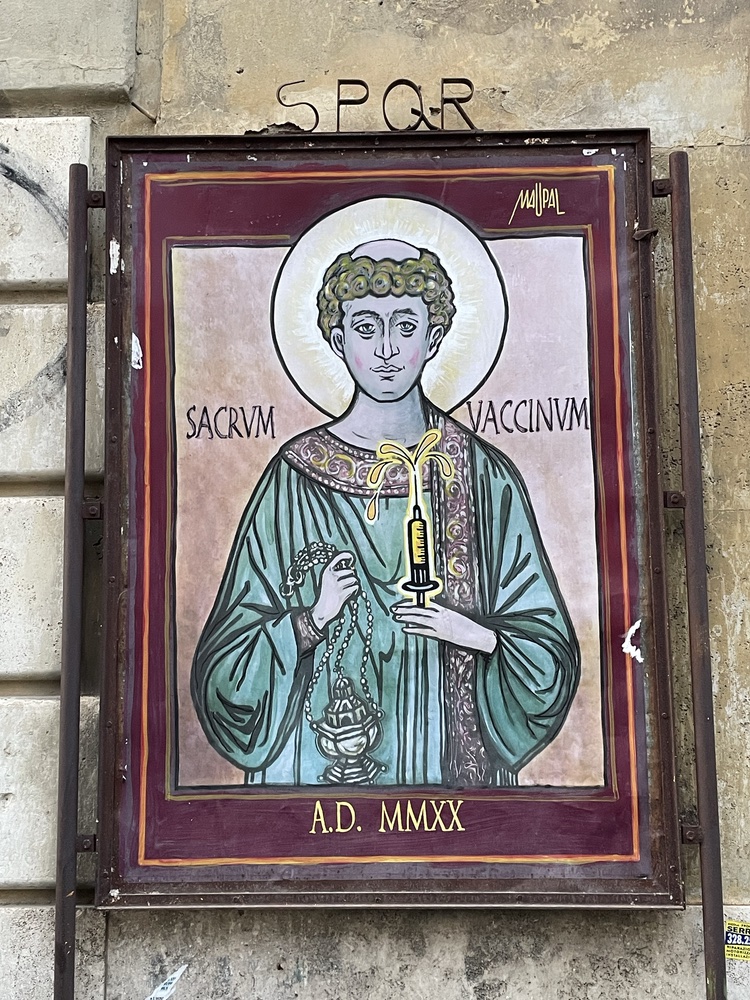 This interesting piece of art appeared on the walls near Tre Pupazzi. 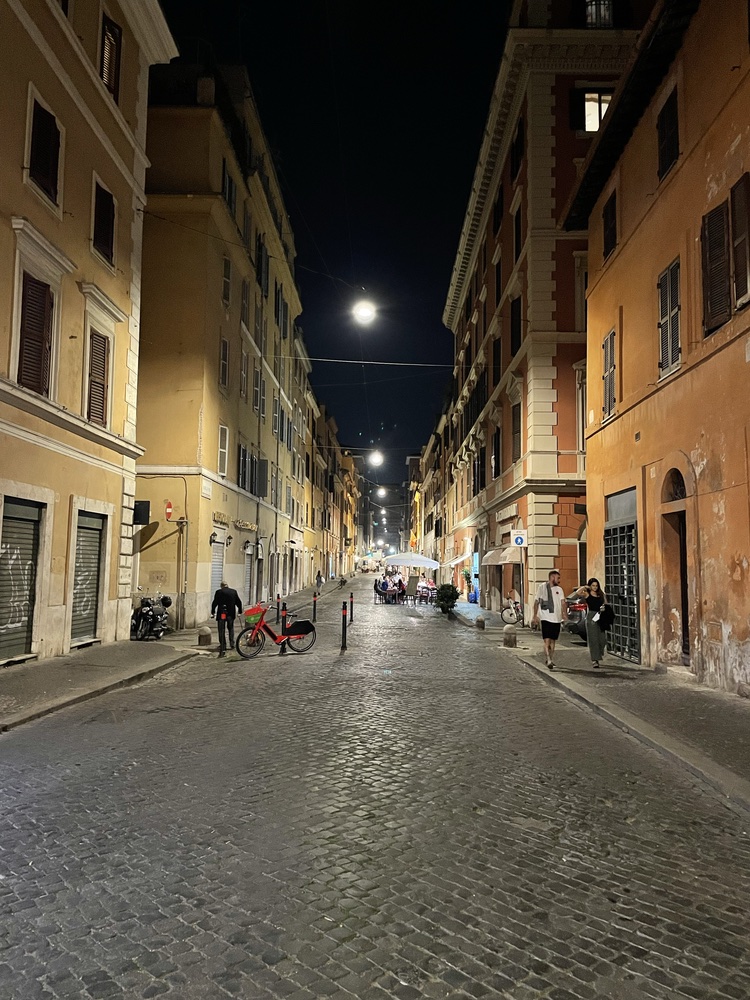 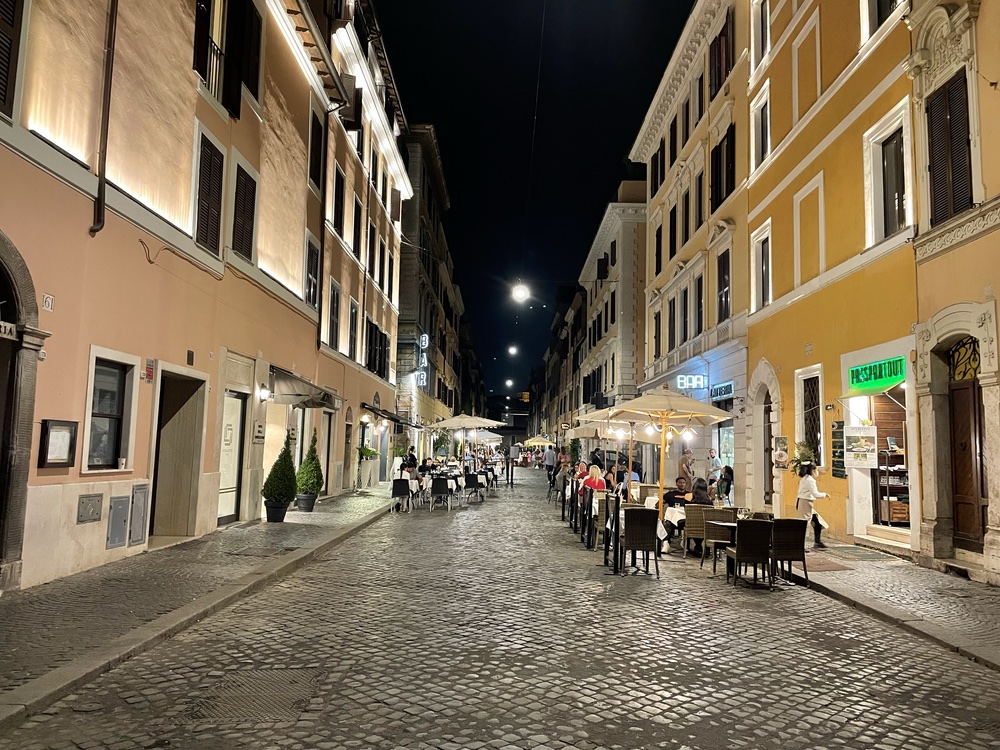 Twin views of the street as we walked back from Tre Pupazzi toward the Ottaviani Metro stop. 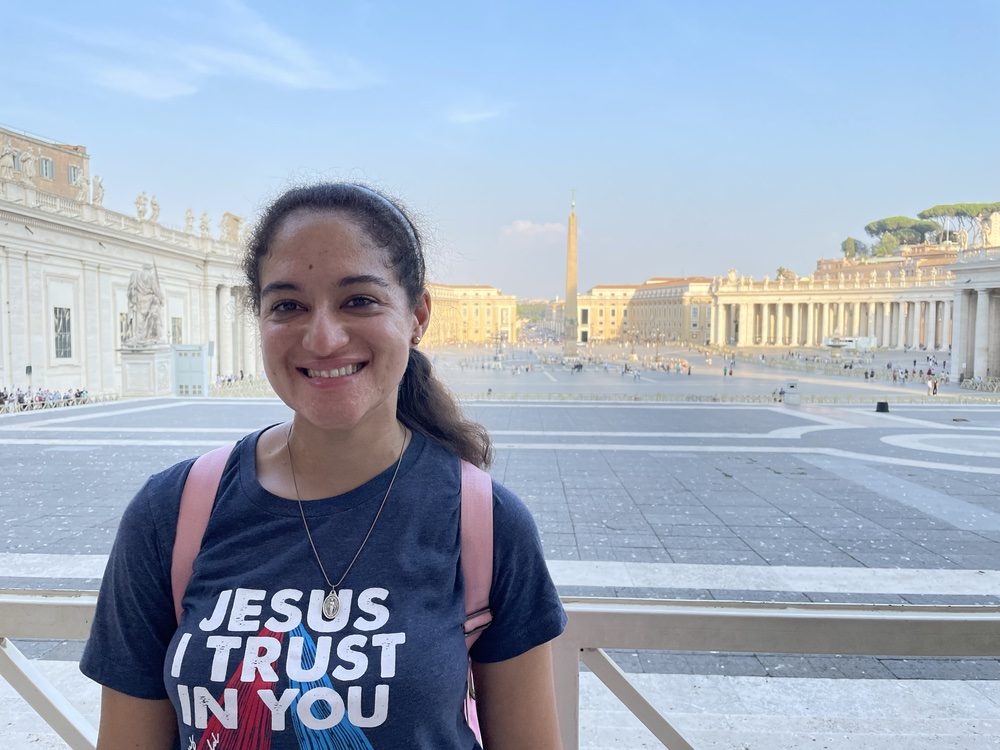 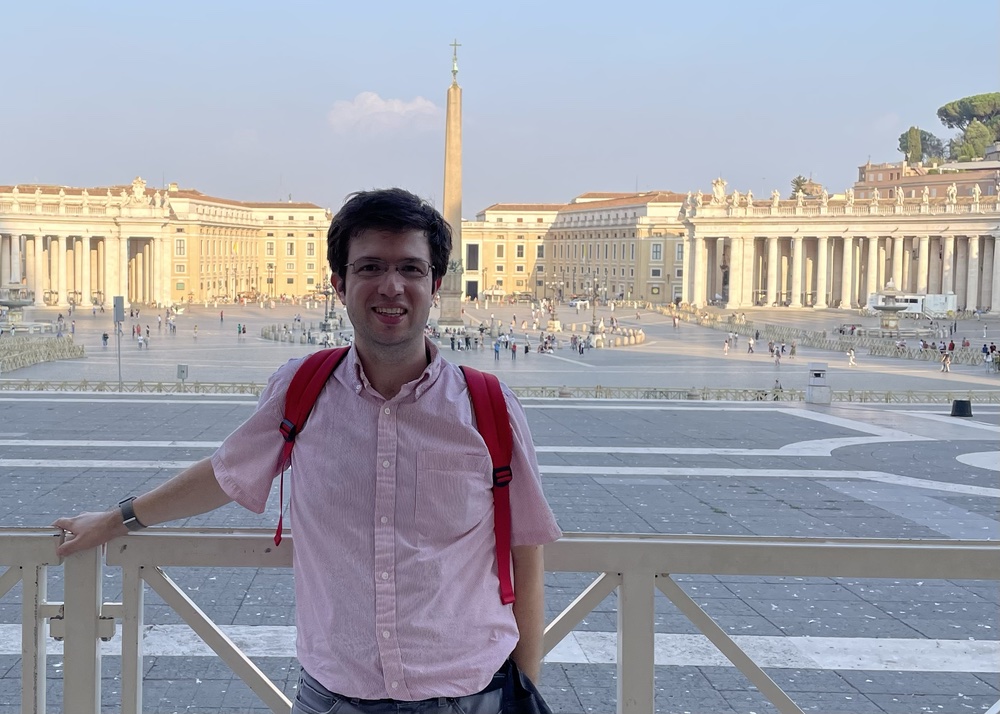 Taking photos in St. Peter’s square before heading in to see the Basilica