I arrived in Palermo on the morning of Monday the 4th after a pretty uneventful overnight train journey. I checked into a VRBO apartment near the Nuova Porta where I’d be staying for the next 3 days. 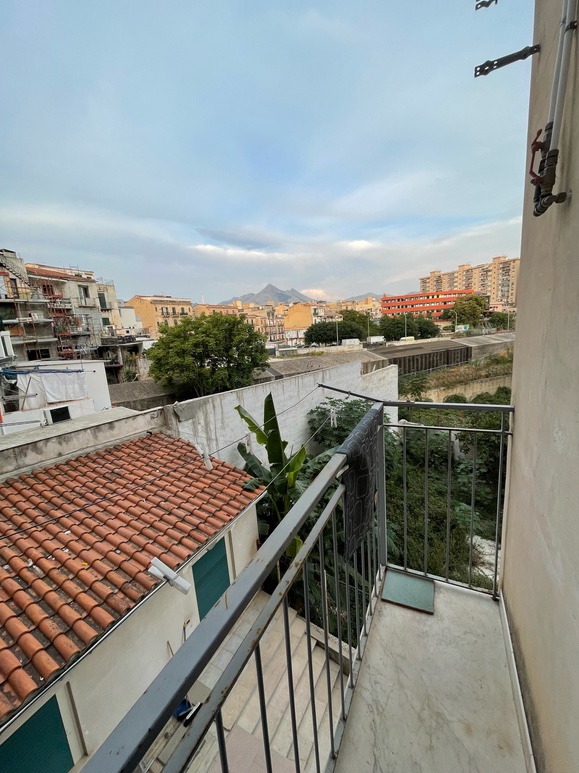 A small balcony but a nice view!

After getting settled in and exploring the city a bit to get my bearings, on Oct 5 I first headed to the Norman Palace & Palatine Chapel, a beautiful collaboration of Norman, Byzantine, and Arab workmanship built by the Norman conquerors of Sicily in the 11th century. 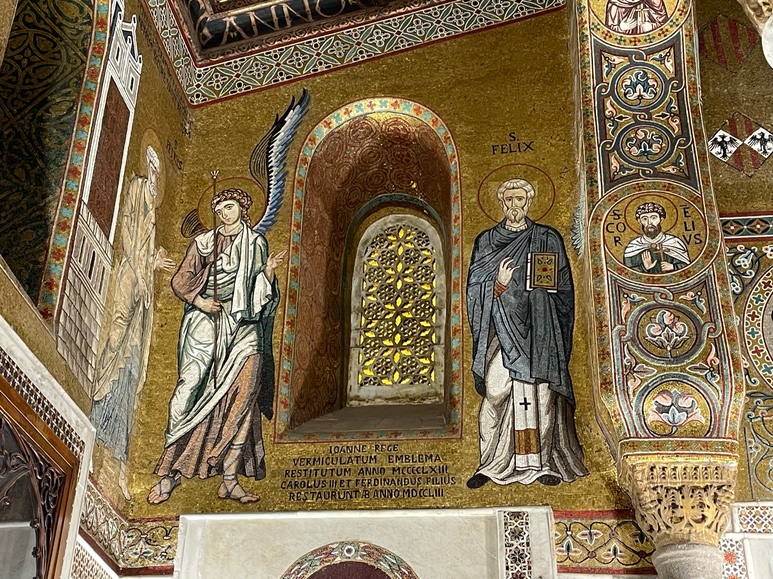 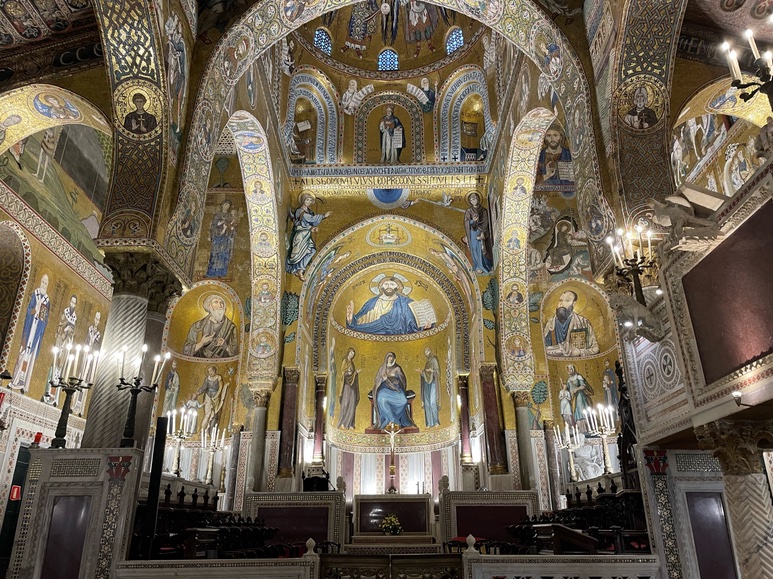 The chapel’s design emphasizes the power of Christ, but also suggests an identification or blessing with the Norman king who would sit on a throne beneath one of these mosaics on the opposite side. 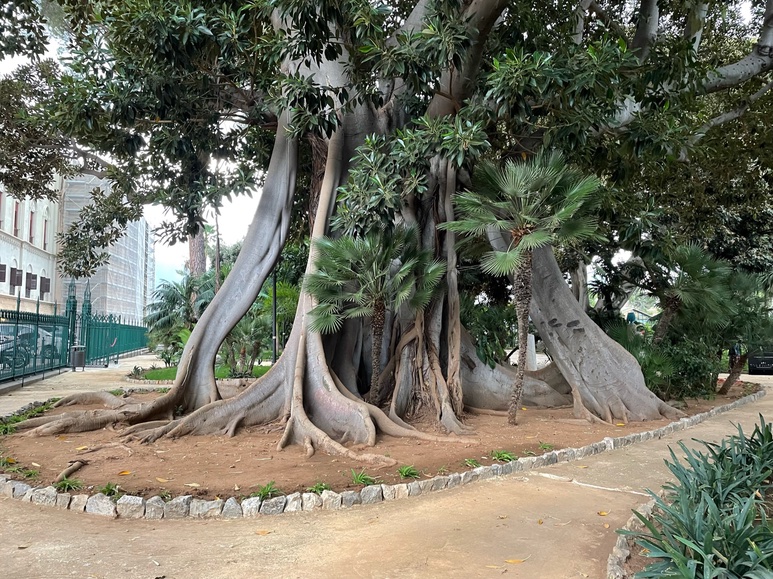 The gardens outside the palace feature these rather haunting trees. 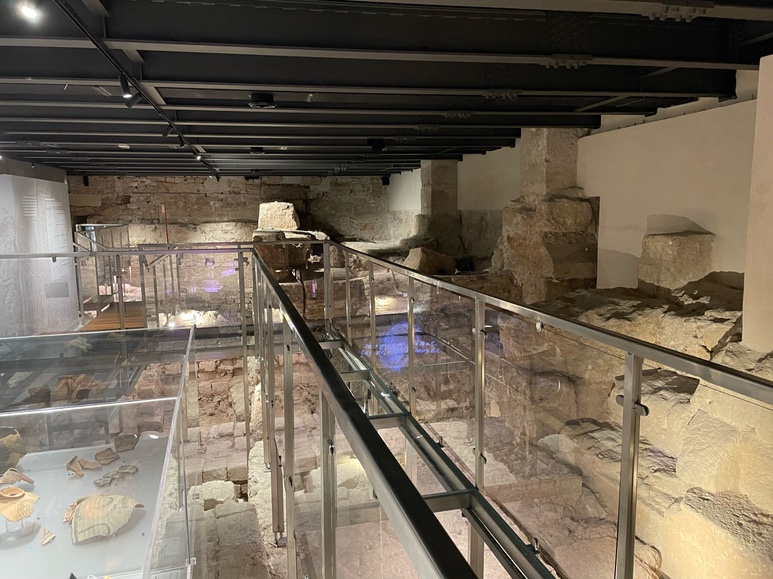 Beneath the palace lies ruins of earlier Greek and Phoenician civilization and the city walls.

I then, after waiting out a few hours of rain, headed to the Teatro Massimo in the afternoon. This is the 3rd largest theater in Europe and the largest in Italy. The piazza in front of it is named for Verdi, who was still alive at the time of its dedication. There weren’t any performances while I was in town, but a 30 minute guided tour is offered in Italian and English. 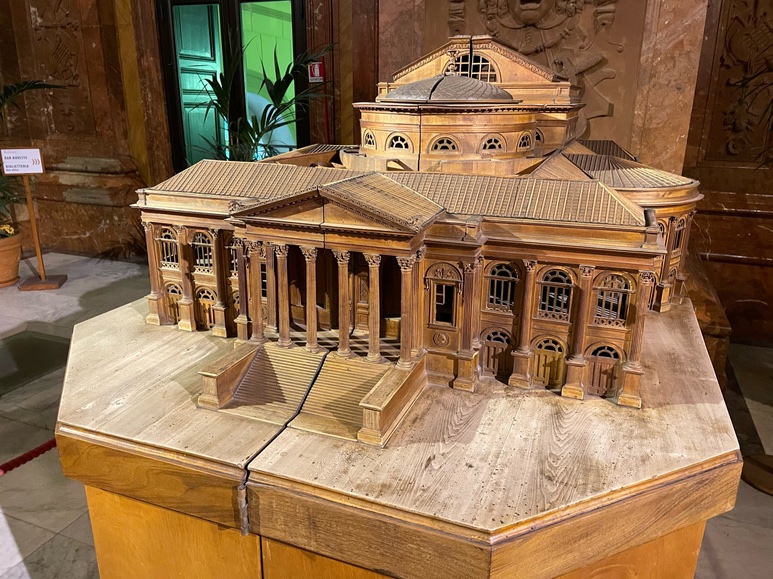 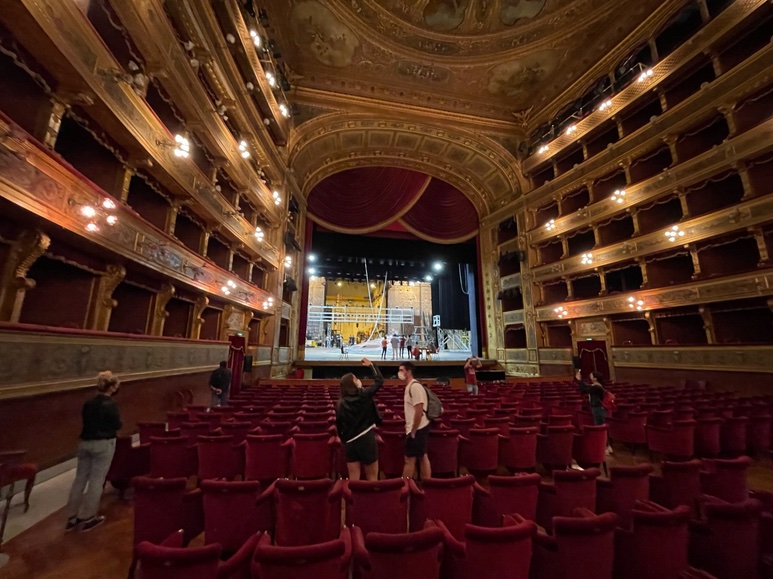 The roof has mechanical petals which can open up to allow ventilation.

After the tour, I headed to the nearby Salinas Archaeological Museum, where I was surprised to find real turtles swimming in the fountain. 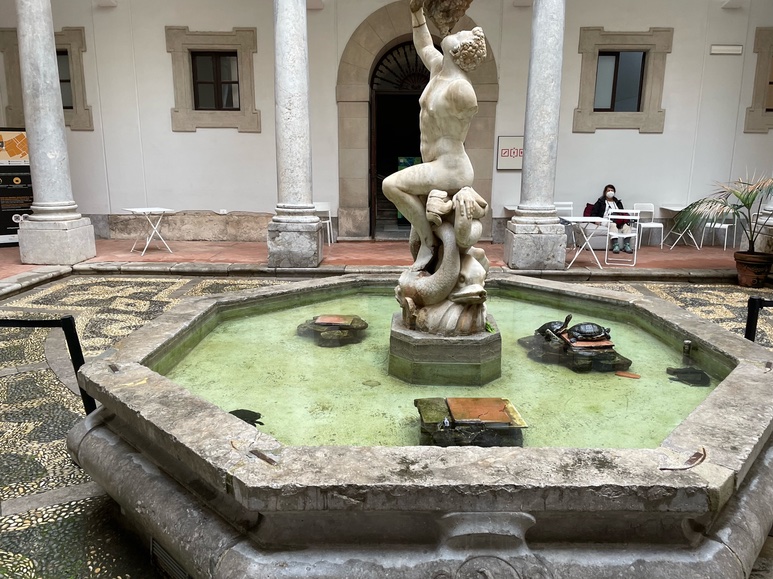 At first I thought the turtles were very lifelike statues but then I realized they moved.

This museum has an enormous collection of Greek and Phoenician artifacts from archaeological excavations performed in Sicily. 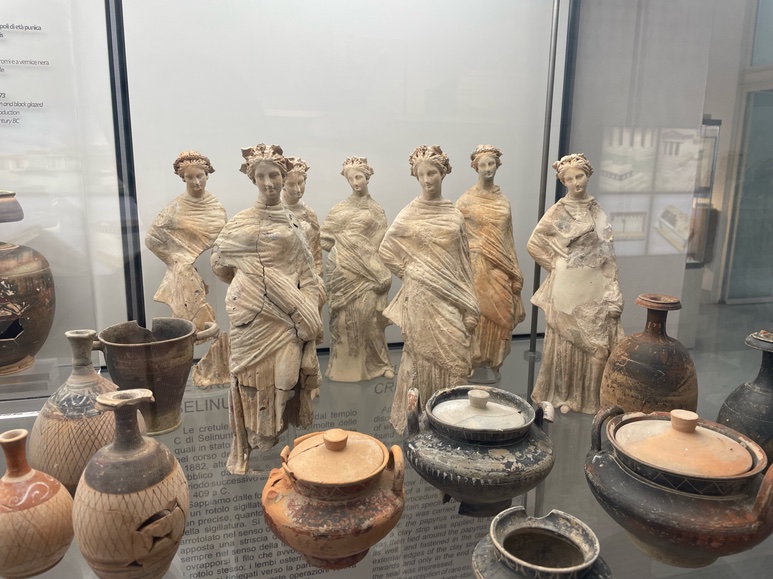 These statues showed a surprising amount of detail 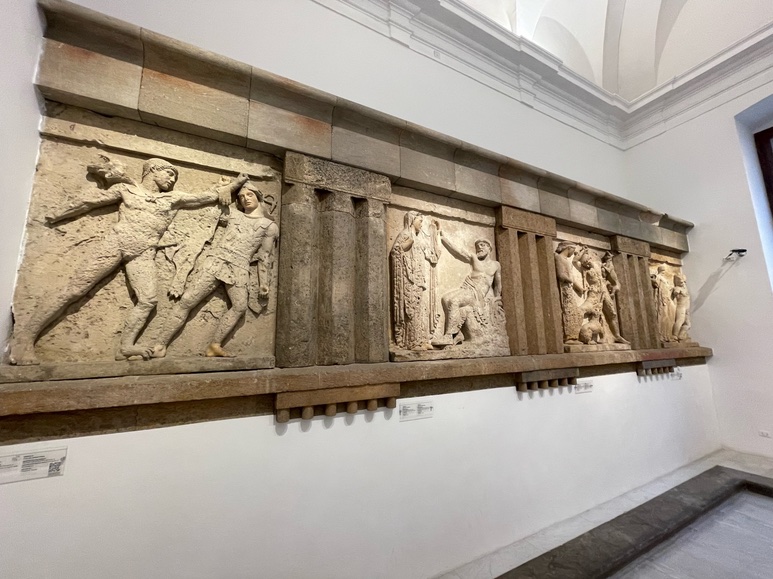 A number of friezes from excavated temples are displayed. There is even a small fragment from the Parthenon Marbles that somehow made its way to Sicily. 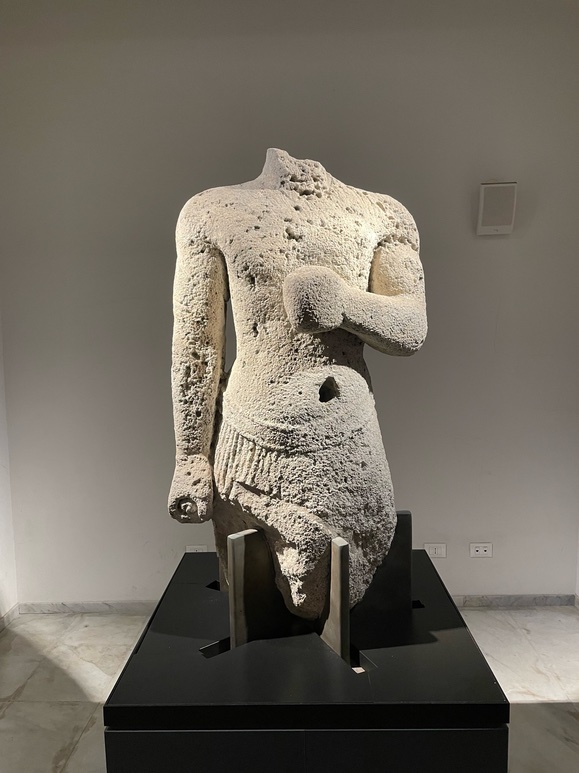 On the way out is this statue that was dug up in a harbor.

Today I headed to the Cathedral, another Arab-Norman structure. 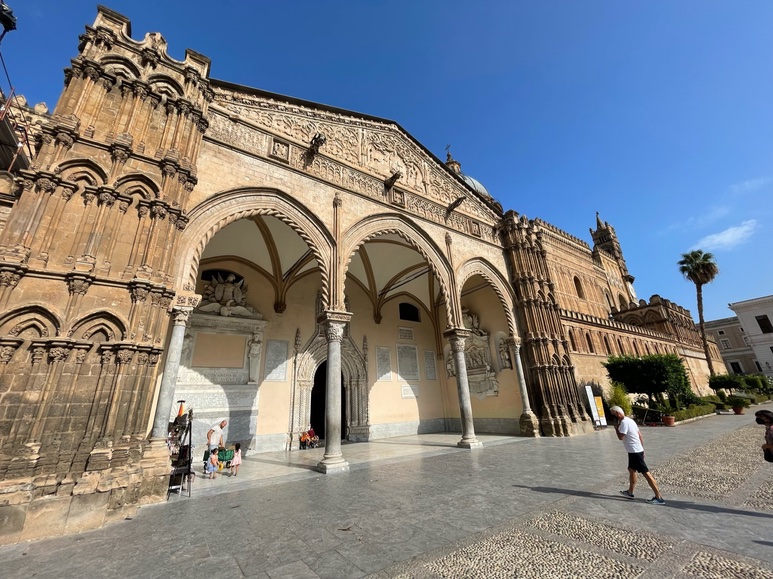 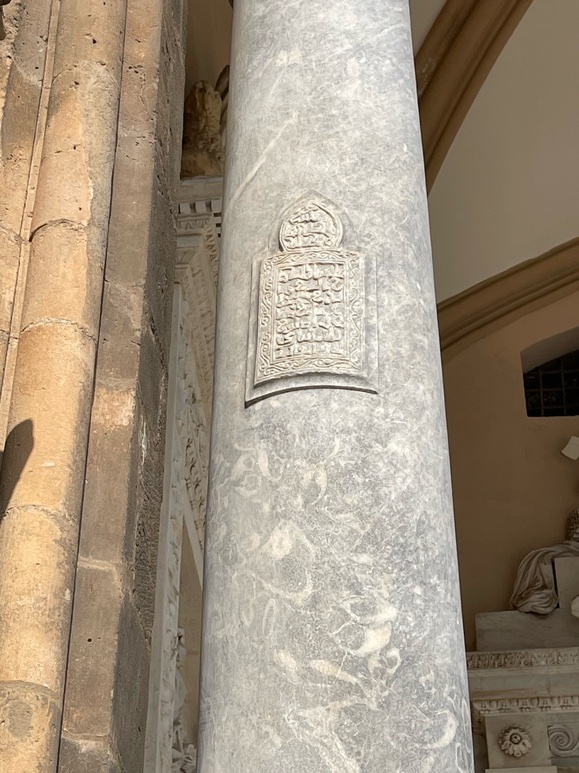 But when you look closer at this column, it has verses from the Koran on it! 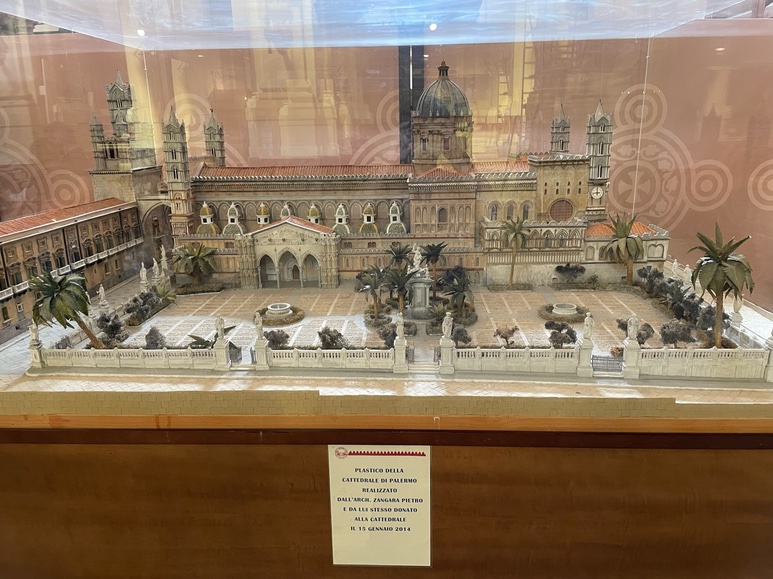 The interior of the church was renovated in the 18th century, it would have had mosaics before similar to the Palatine Chapel.

I then wandered about a bit. 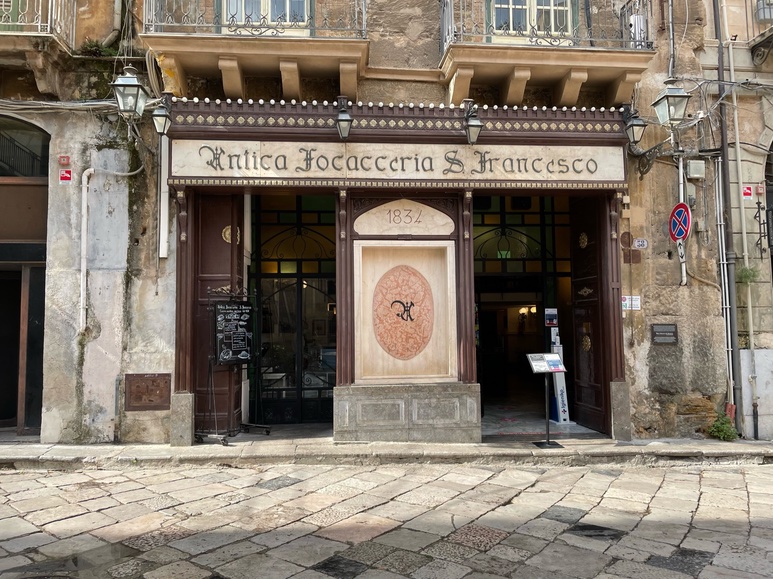 The Oratory of San Lorenzo was recommended in the guidebook, and it has beautiful stuccos that looks almost like marble. 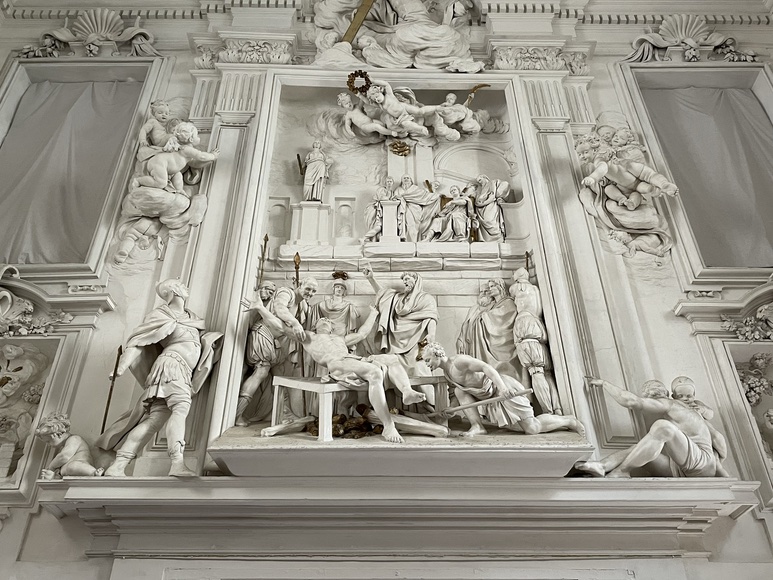 Lawrence about to get martyred by burning on a grill

Wandering through the back alleys, I also saw some interesting graffiti. 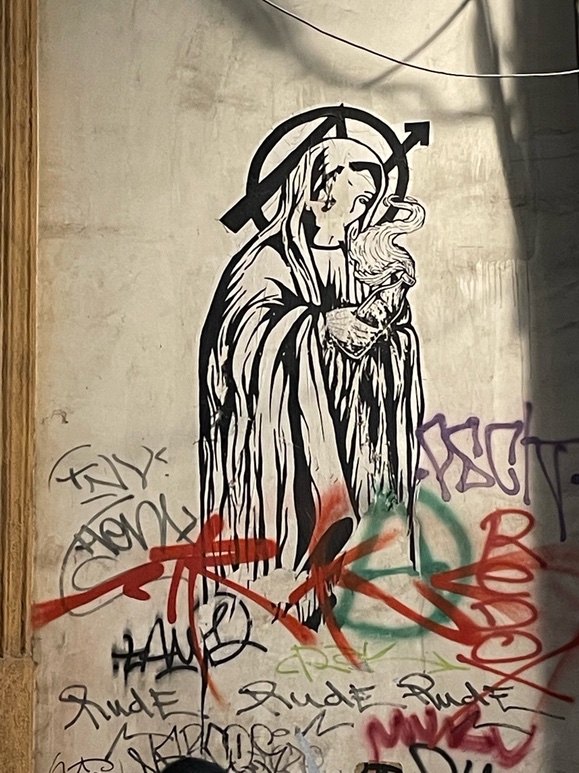 Not exactly a typical depiction of Mary…

I don’t have pictures, but I quite enjoyed the Sicilian cuisine! Street food is very popular there and there are two pedestrianized streets in the heart of downtown. I wandered up and down and tried the local arancine (fried stuffed rice balls), gelato, sandwiches, and more during my trip.

I headed to the Palermo airport via the train, and flew back to Rome for the last part of my trip! I’ll stay in Rome until Sunday morning when I depart to the states. 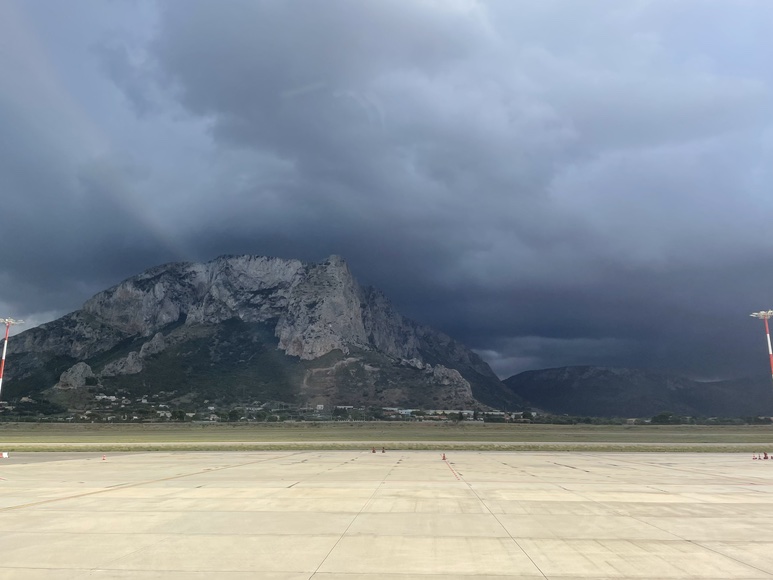 The Palermo airport is located next to some striking mountains. 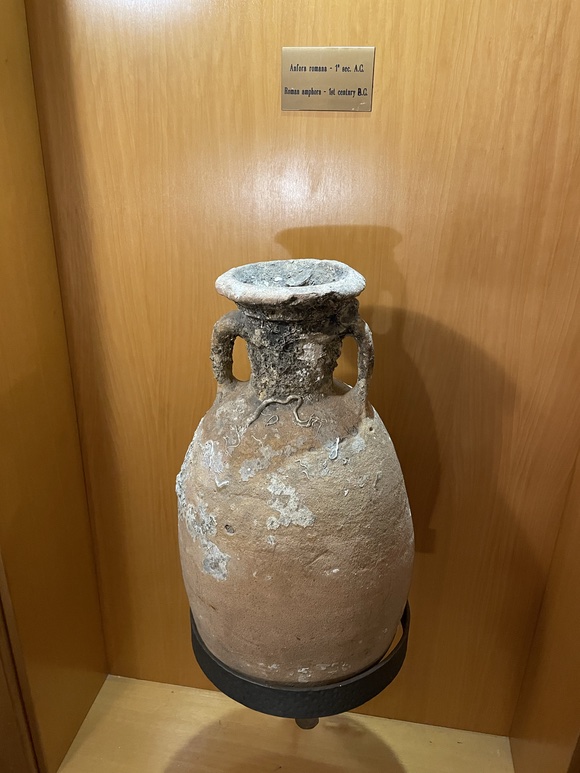 My hotel in Rome has a 1st century jug on display.