Oct 2 3: From Rome to Palermo, Sicily

Combined update written from the train in Sicily the morning of Oct 4th. Pretty uneventful weekend - we traveled by train back from Venice to Rome on Saturday, went to the Basilica Santa Maria Maggiore for Saturday evening vigil mass to de-stress the following travel day, and didn’t have much else to sight see at that point.

Christina had to get a COVID test for entry to Portugal and the USA, so we stopped at a local pharmacy near the train station where she was able to get one for 22 Euro. Pretty straightforward process - you pay inside, then go outside and get tested. Results are supposed to come back in about 15-30 minutes although we had to wait a little longer. They then give you a sheet with your passport info and a EU Green Pass QR code.

I left my luggage at the hotel after checking out, except for a small backpack of items I thought I might need, and just spent the day in Rome sightseeing after seeing Christina off at the airport. I did walking tours of Trastavere and the former Ghetto from the Rick Steves audio app, rode the tram, and then walked by the Imperial Forums. 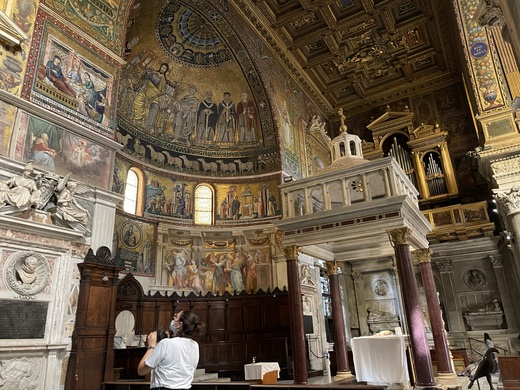 A beautiful church in Trastavere 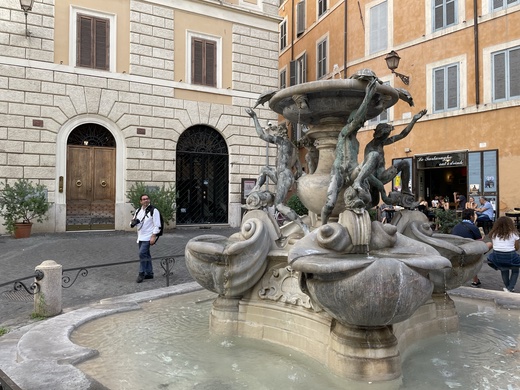 This fountain, adjacent to the Ghetto, honors the Jewish community under the symbol of the turtles

With over 20,000 steps in, I took a break and just chilled at the train station for a few hours before getting on my 9:31 pm sleeper train to Palermo. The Italy portion of the ride was uneventful - I couldn’t see anything since it was dark, so just closed the windows and went to sleep. 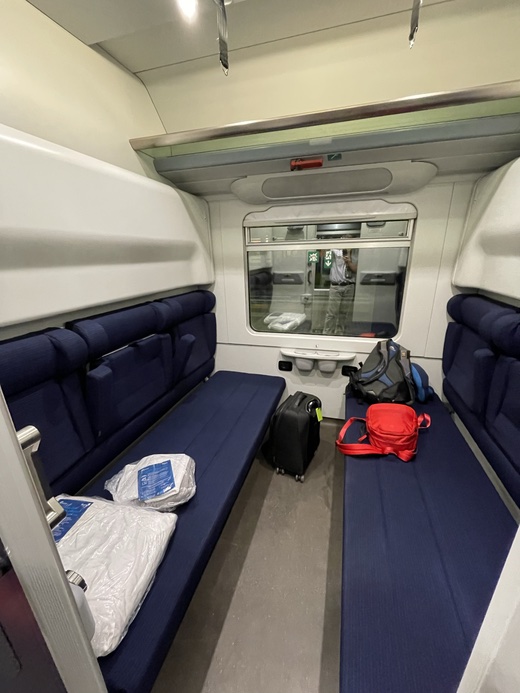 This would normally be a four-person compartment, but is being sold as a single due to COVID restrictions.

I woke up in the morning when the train had been loaded on a ferry at Regio Calabria. I didn’t end up getting back to sleep after that, but did get about 6 hours in. With our arrival at Messina, the train begins a journey across northern Sicily toward my destination of Palermo. 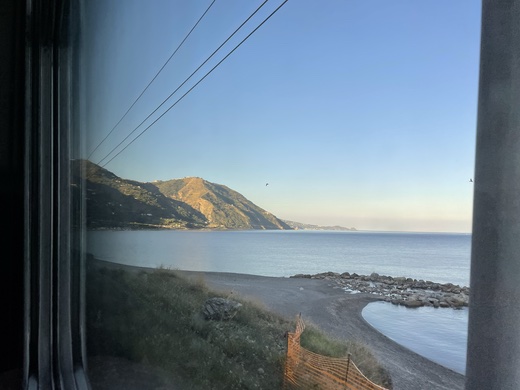 The train runs right along the coast, sometimes just a few dozen feet from the beach. Beautiful views!

This update ends here, since I had written it on the train. I’ll follow up tomorrow with one with my experiences in Palermo, although I’m already writing from Rome again tonight.