Day 1 gets no post of its own, since we were only here in Turkey for a short night. We got in yesterday (Saturday) at about 4:30 pm local time after leaving Washington-Dulles airport at 11:30 Friday night. The flight time was about 10 hours, plus 7 hours time difference as we passed from UTC-5 in America to UTC+2 here in Turkey.

The flight itself was great, they gave us two meals (which meant I ended up eating dinner twice), one at about 12:30 or 1 in the morning, and the other, with breakfast food, about an hour and a half before we landed. The economy-class seats were decently comfortable and I was actually able to doze off for a couple hours during the 10-hour flight.

After arriving at Atatürk airport, we looked around the airport a bit for the pickup we thought might be coming from the hotel. We didn’t find him (it turns out they didn’t get the final email sent the day before), but I took the time to stop at the Turkcell location in the airport and pick up a SIM card for my phone. After we figured out there was no pickup, we grabbed a taxi (there’s a big line of them right at the exit, so this was easy), gave the driver the address, and we were off! He dropped us right at the hotel door and we checked in and got all our baggage in place, then tucked out for some dinner. We accidentally bought too much food at a local restaurant serving kebab and meze, but I managed to mostly eat all of mine anyway. 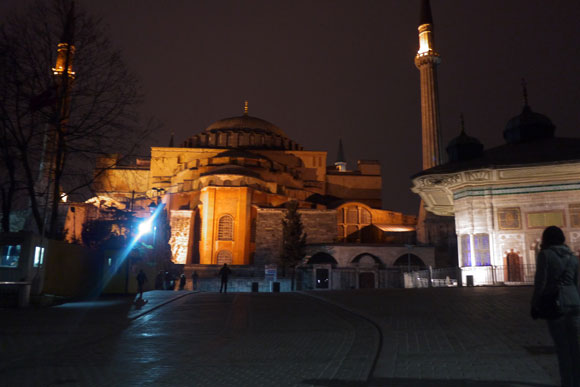 Haya Sofya (Hagia Sophia) at night, which we passed on our way to find food.

The Turkcell SIM card I had bought at the airport finally started working at this point (they had told me half an hour, but it actually took several before the phone stopped displaying “SIM registration error” when I booted it up). I’m not sure if the phone is registered correctly or not - they did take a scan of my passport and have me sign a form I couldn’t read, but I’ve read elsewhere that the IMEI is supposed to be registered too (I suppose they could automatically get this info from the cell tower after I connect). There is a law in Turkey requiring all cell phones to be registered with the government for security reasons, so I saw that other travellers reported problems when they didn’t follow the official registration procedure – eventually the phone is banned from the network after a week or two. 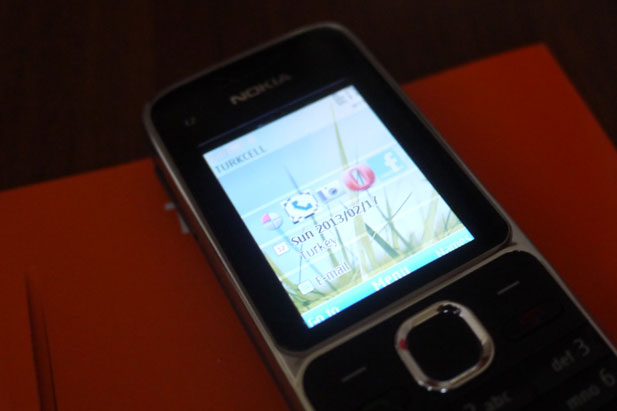 That brings me to Sunday. I woke up early and heard the second call to prayer (Güneş) at about 6:30 in the morning, but then I fell asleep again for a bit. We ended up getting going at about 8:30 am and headed up to the hotel rooftop for breakfast on the terrace. After a quick bite, we headed out for the church, walking over past the Hagia Sophia to follow the tramway tracks to Istanbul’s new town (across the Golden Horn), where it seems all the Catholic churches in the city are located. There I committed a somewhat dumb error in navigation by neglecting to determine which way to follow the tracks, and we ended up walking for 20 minutes in the wrong direction before realizing it (oops!). After re-orienting ourselves we walked back, this time correctly, and passed Sirkeci train station and walked over the Galata Bridge to the new town district. By the time we got up to the church (St. Anthony of Padua) it was 10:45 so we had already missed the English language mass, which was at 10 am both there and also at the French Cathedral nearby. We waited around a bit and then went to the mass in Italian.

After mass we walked back and went to the Topkapi Palace, which is in Istanbul’s old town, actually near where our hotel is. We got tickets both for the palace museum itself and for the Harem, which is a separate ticketed visit inside the main museum. We walked all around and I took a lot of pictures in the places where it was allowed (some sections do not allow any photography). Finally it was almost 5 pm and we had to leave, since the museum closes at 5 in the off-season. I stopped by the gift shop on the way out and grabbed some postcards. 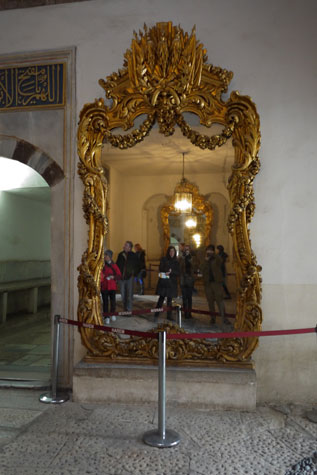 We then walked back toward the hotel, stopping on the way to pick up some bottled water since we aren’t supposed to drink the tap water here.

More photos will come later once I’ve sorted them for upload as album form, but these are just teasers for now. :-)

Here are all of us! 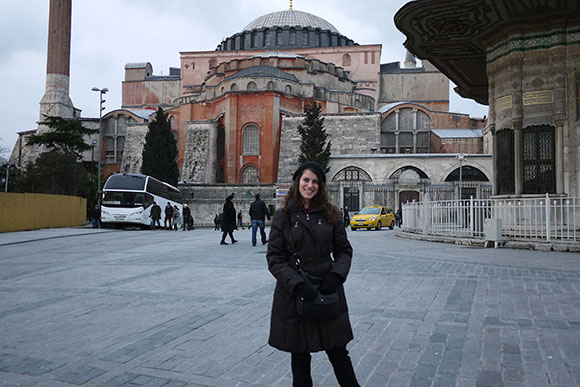 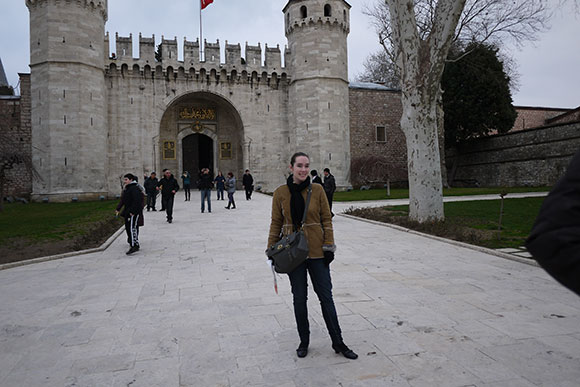 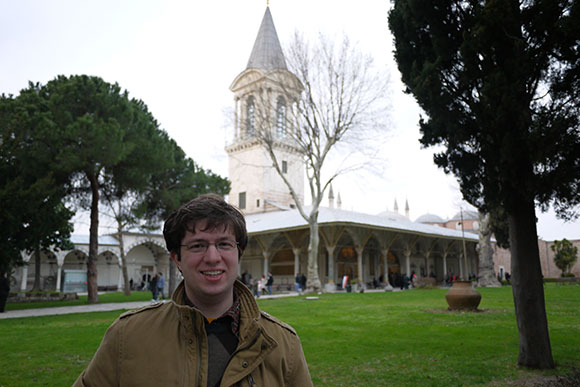